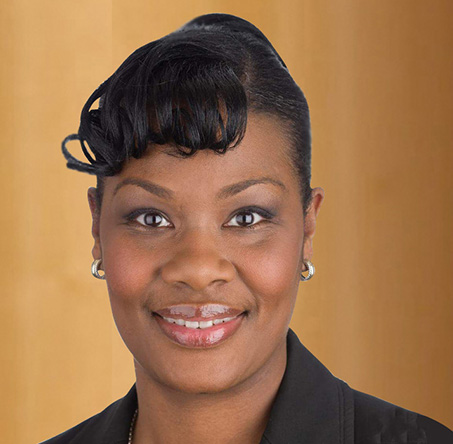 Sylvia L. Exantus, is the Executive Director and interim Chief Financial Officer with responsibilities for leading the financial affairs of the organization including plans and policy, accounting practices, relationships with lending institutions, and the financial community. She also has management and oversight responsibilities for the Facilities, Information Technology, and Purchasing departments. Ms. Exantus is a senior finance and accounting leader with over 20 years of experience in multiple industries, most recently as Controller and Director of Finance at CRICO. CRICO is an established leader in medical professional liability whose mission is to safeguard the assets of its insured clinicians. Ms. Exantus holds a bachelor of accounting from Boston University and Certificate in Finance and Control from Harvard University, and holds her MBA in Organizational Leadership from Bentley University’s McCallum Graduate School of Business. 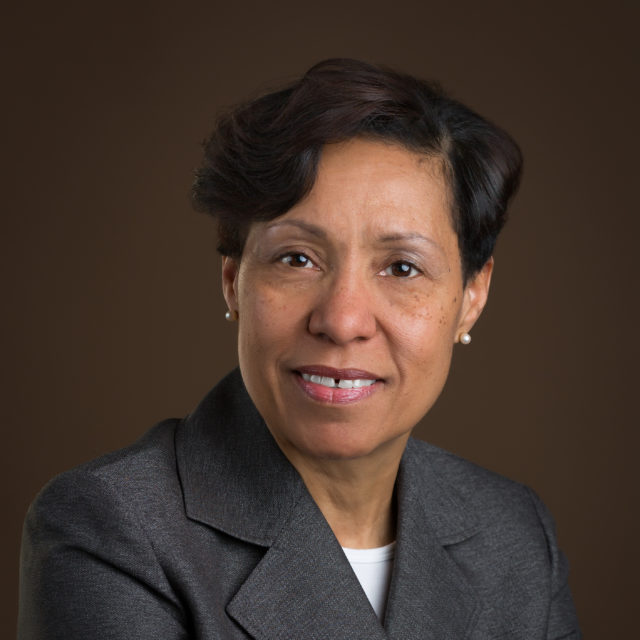 Ms. Lindsay is a Human Resources professional with years of experience. Throughout her career she has been instrumental in ensuring that organizations are best equipped to meet long-term strategic and operational goals. Operating at the highest levels of an organization has afforded her the opportunity to assist decisions makers achieve their Human Resources business goals. Such action has resulted in the ability to maximize human capital and apply contemporary, employee-driven practices, building broad-based organizational and leadership capacities that drive retention, inclusion, performance, efficiencies, and growth.  Specializing in designing and administering Human Resources initiatives to maximize the efficiency and effectiveness while creating systems to support the organizations most valuable assets, its people. Ms. Lindsay received her MBA from Simmons College, Graduate School of Management and her BS from the University of Massachusetts. 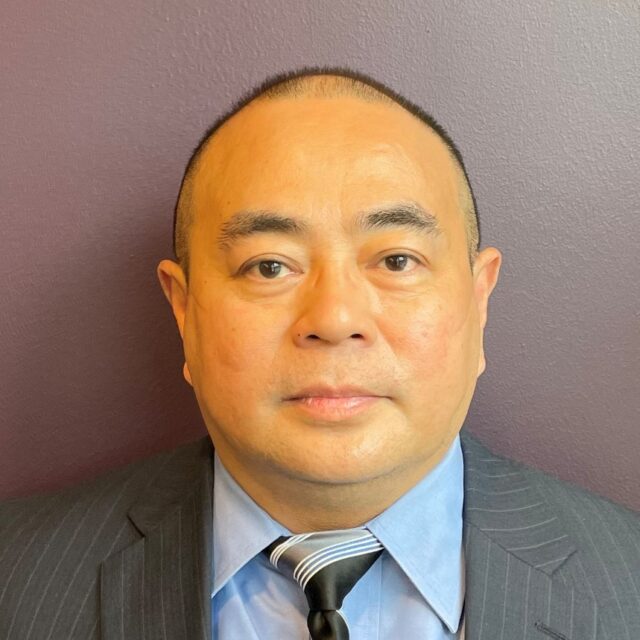 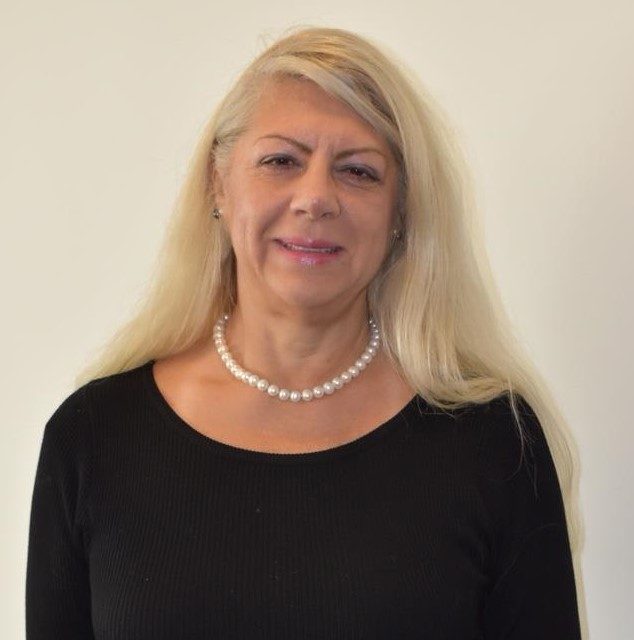 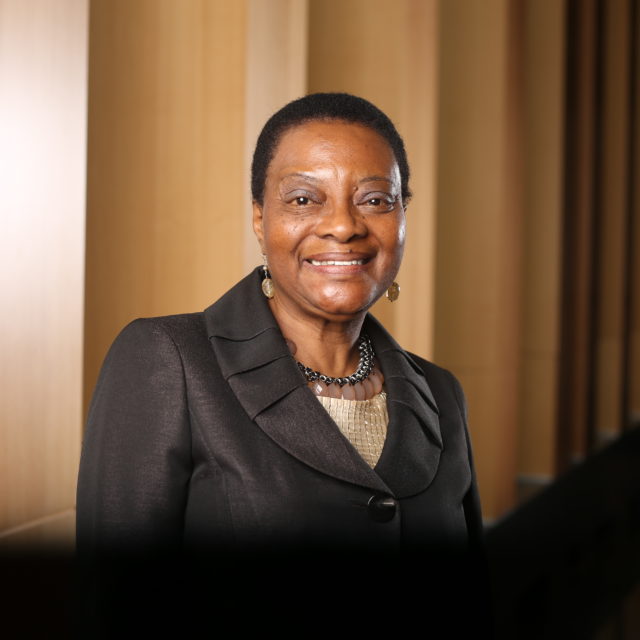 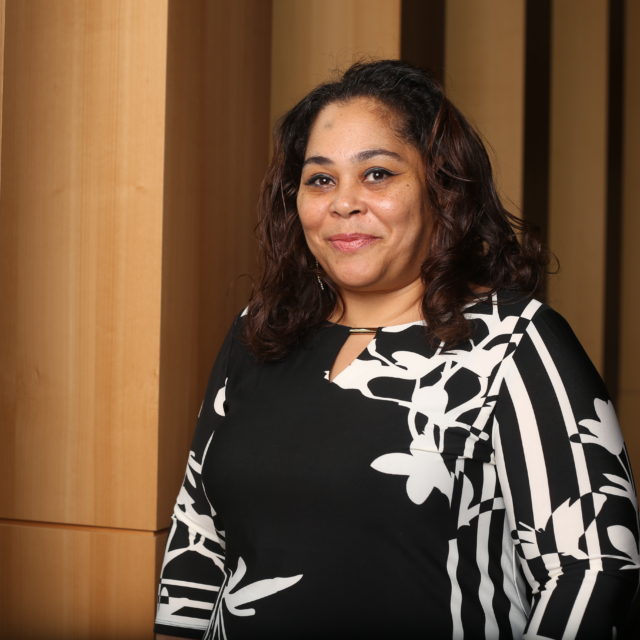 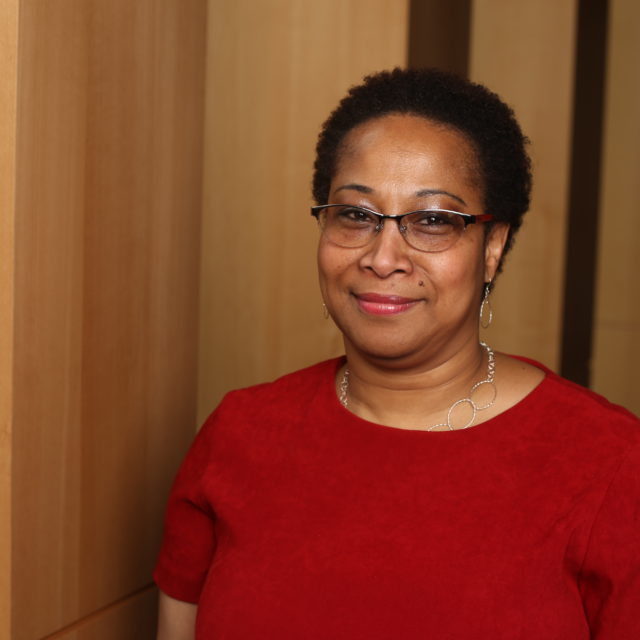 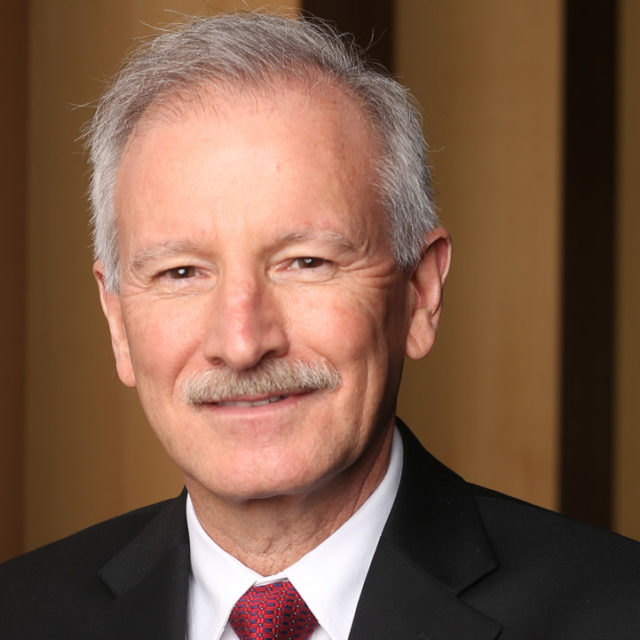 Director of Program and Professional Development 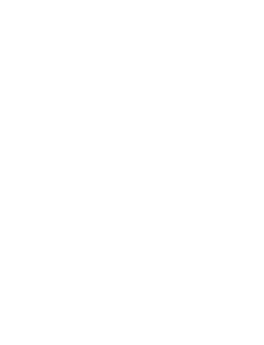 Director of Projects And Quality 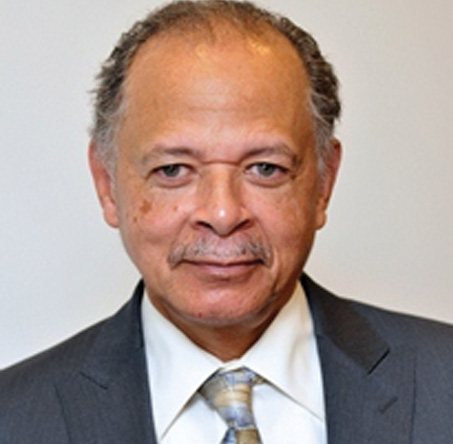 Royal Bolling, Jr. served as a Legislator in the City for Boston from 1973 to 1987.  After leaving the Legislature in 1987, Mr. Bolling became a Principal at Bolling and Associates, where he designed, implemented and administered corporate and municipal paper, plastic and glass recycling programs.  He also participated in the design, construction and operation of Jet-A-Away Waste technologies, Inc. processor and recycler of construction debris.  Presently, Mr. Bolling is the Director of Computer Leaning Resources. This organization designs, develops, administers and manages residential computer skills training and education centers.  They also administer basic education and English Language programs.

Mr. Bolling became a member of Central Boston Elder Services Board of Directors in 2007. 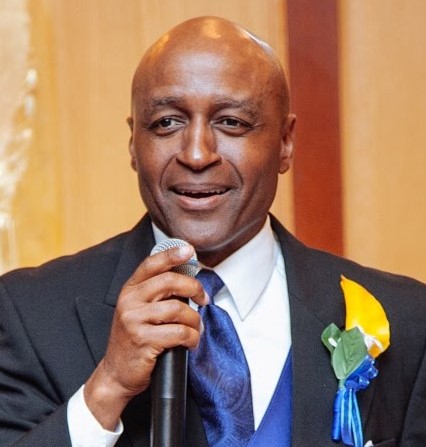 Selwyn Eccles  Is a self-motivated individual with a Military, Law Enforcement and Information Technology background as a Business Systems Analyst and Project Manager. He is capable of working with and motivating small or large diverse groups of people. He is recognized for the ability to have an effective impact on organizational cultures.

Mr. Eccles was born on the island of Trinidad and immigrated to the United States with his family when he was eight years old. Mr. Eccles grew up in Boston and is a product of the Boston School System. He later attended the University of Massachusetts in Amherst and received a Bachelor of Arts degree in Education with a concentration in Human Services, and a Masters degree in Education Policy, Research and Administration.

While enrolled at UMass as a full time student, Mr. Eccles worked part-time in Springfield, Massachusetts with Department of Youth Services (D.Y.S.) and Department of Social Services (D.S.S.) teenagers. After finishing school, Mr. Eccles continued to work with D.Y.S. and D.S.S. youth in the Fall River and New Bedford area of Massachusetts. In 1992 Mr. Eccles changed careers and started working in the Information Technology field. He worked on a software development project at M.I.T. in Cambridge, Massachusetts for four years before continuing his career as an IT consultant. In 1992 Mr. Eccles also successfully graduated from the United States Army Reserves, 76th Division Drill Sergeant Leadership Academy at Fort Devens, Massachusetts. Mr. Eccles worked as a technology consultant throughout the United States for many years. He consulted with state and federal government agencies, companies in the financial, automotive and health care sectors, to name a few.

His hobbies and interest include but are not limited to reading, writing, vehicle restoration, community service volunteer work, and leadership development among young people. Publications: Mr. Eccles has authored several Technical User manuals and developed complex project plans on topics such as Year 2000 remediation, Risk Management and Contingency Planning. 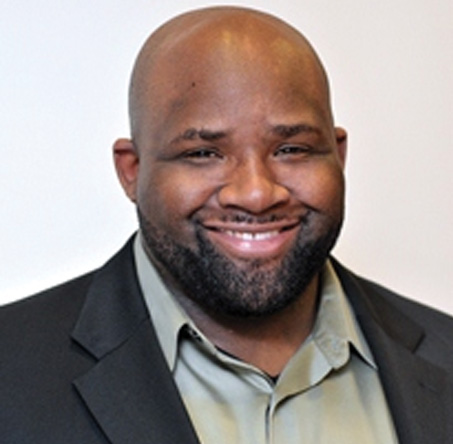 Ronald Pierre-Louis, is a Certified Public Accountant, licensed in Massachusetts, and has been practicing for over 14 years. He is the founder and President of Ronald Pierre-Louis, CPA, LLC which provides auditing, accounting, tax and management advisory services to a wide range of clients. These include elder service agencies, nonprofit organizations, federal, state, and local government entities, political subdivisions, school districts, independent authorities, churches, small businesses and other commercial businesses.

Mr. Pierre-Louis has extensive experience with financial and compliance audits. He has performed hundreds of audits of elder service organizations, other nonprofit agencies, and is familiar with the financial structure and reporting requirements of ASAPs.

Mr. Pierre-Louis reaches beyond the usual firm-client relationship. His goal is to develop long-term relationships with his clients. In an increasingly competitive marketplace, an effective partner is essential in meeting the strategic and economic challenges of operating a successful organization. His highly diverse experience can provide the vision and leadership key to ensuring your organization’s success. 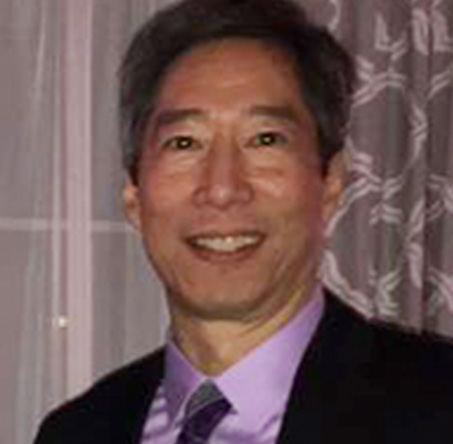 David Moy is a financial professional with years of experience.  Throughout his career he has been instrumental in ensuring that organizations are best equipped to meet long-term strategic and operational goals.

He is responsible for the design, training, implementation and support of telecommunication, including the oversight of all organizational and accounting systems. 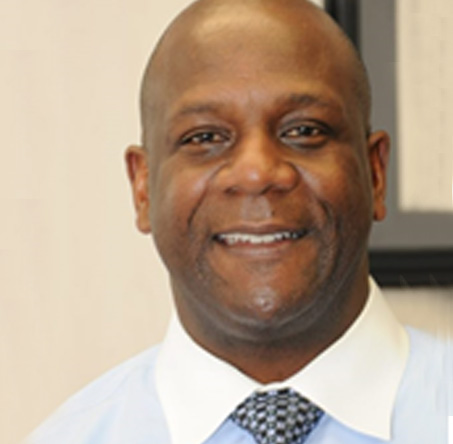 Tony Francis is a graduate from the School of Business at University of Texas in Arlington 2001 with a Bachelor of Science in Information Systems. Worked in IT for Sprint Data Systems as a System Implementation Specialist for several years. Became a Licensed Nursing Home Administrator in Texas and has been licensed in Oklahoma, Connecticut and Massachusetts. He is has been in the Senior Care business for over 17 years.  Currently the CEO/Executive Director at the Benjamin Healthcare Center since November 2014. Married to Wanda Castro, MD, a Neurologist. Has a son who is 13 years old. A devoted Catholic and enjoys golf, cycling and spending time with family. 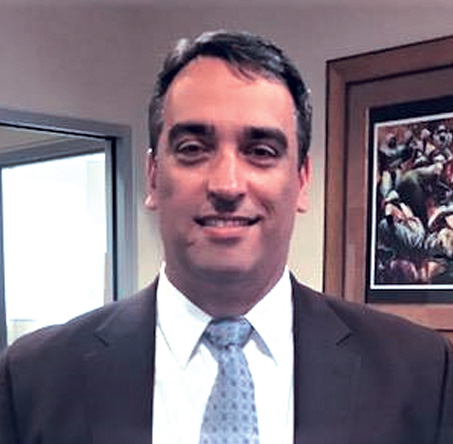 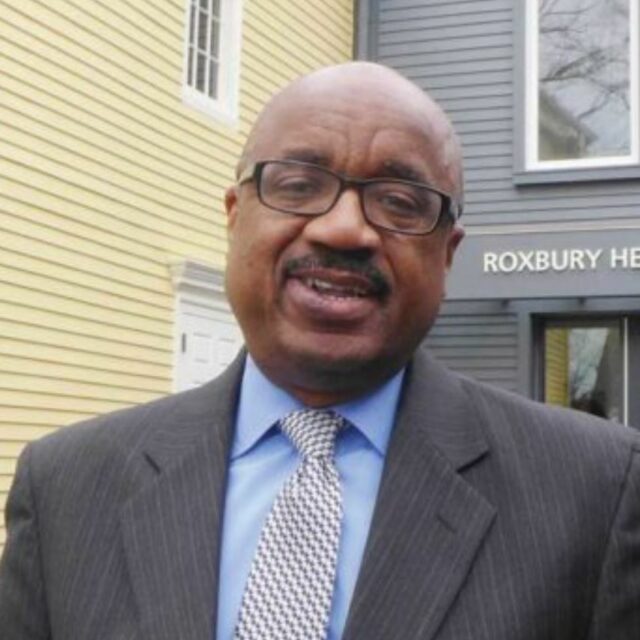 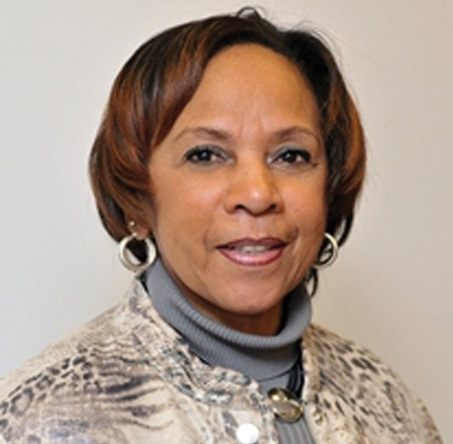 Nancy Elizabeth Gunn Dickerson   a life-long resident of the city of Boston, was educated in the city’s public schools. Upon completing high school she continued her education at the State Teachers’ College of Boston and later at Boston University where she earned a Masters’ Degree in Education and a Certificate of Advanced Graduate studies in Educational Administration and Guidance and Counseling.

Ms. Dickerson was elected as the first African American president of the Massachusetts Elementary School Principals’ Association and also served on the board of the National Association of Elementary School Principals. As a result of this national position she was identified by the U.S. Department of Education to support teacher professional development for overseas schools. This appointment took her to Ethiopia to serve the Association of International Schools in Africa.

Nancy is the proud parent of two grown children and one grandchild. 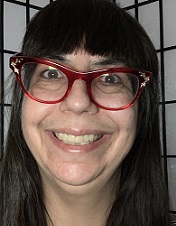 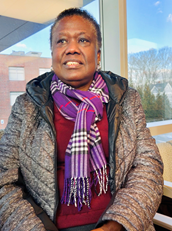 Pearline Williamson is a Medical Professional at Boston Children’s Hospital in the Central Service Department specializing in infection prevention and sterilization of medical equipment.

For over twenty years, Pearline worked as a Certified Registered Central Service Technician (CRCST), providing excellent support to the hospital and their team of doctors. Currently, in her critical role, she is responsible for preventing infection by sterilizing, cleaning, processing, assembling, storing, and distributing medical supplies in the operating room.

Before devoting her time and expertise to Children’s Hospital, Pearline also worked part-time as a Nurse’s Aide at the Geriatric Resource Center Inc., for 30 years. The relationships Ms. Williamson built with the children, seniors, the disabled and their families became long term for 5-10 years at a time.

Through her experiences in these roles, she understood the importance of providing an environment of compassion and support to help individuals and families overcome obstacles to move forward and thrive. Much of the way she loves comes from who she is as a person and the how she was raised in her culture. Ms. Pearline is a native of the Trinidad and Tobago and hails from the beautiful town of Santa Cruz. Since 1973, she has lived in Boston settling in Hyde Park where she raised her two beautiful children.

In true Trinidadian spirit, Ms. Pearline is a world traveler, who loves to cook, read novels and when she’s not on the move, her family is her treasure, especially her granddaughter. She also enjoys learning about different cultures, which has helped her tremendously when working with diverse groups of people.

Rosa Beato Has been a long time resident of Boston since arriving in the United States in 1977 from the Dominican Republic along with my 6 other siblings. Graduate of Bay State College 1988 with an Associate degree. Currently employed with the Environmental Protection Agency (EPA) for the last 33 years as a Program Analyst. Have spent my entire career with the EPA holding a variety of leadership roles. Team Leader for the IT help desk providing support for over 600 employees. Received many awards throughout the years including two-time for the Glenda A Farmer Award for Exemplary Technical Support which is amongst the highest recognition in the agency.  Served on the Roxbury Community College Advisory Board. 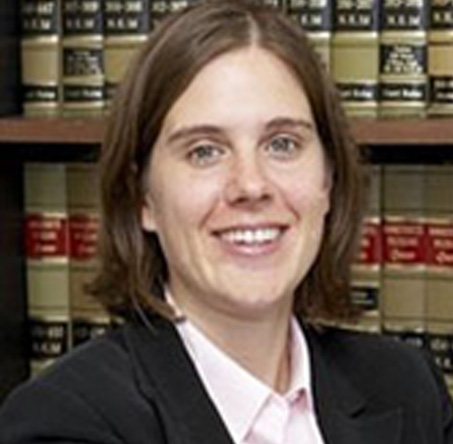 Michelle B. LaPointe graduated from Boston University and Northeastern University School of Law. She was admitted to the Massachusetts bar and joined her present firm in December 2004.  In January 2011, Attorney LaPointe was named partner of Wade Horowitz LaPointe LLC. Before attending law school, Attorney LaPointe worked on several local, state, and federal political campaigns, served on the board of the LGBT Political Alliance of Massachusetts, and she worked at the Massachusetts chapter of the Alzheimer’s Association. Attorney LaPointe is a member of the National Academy of Elder Law Attorneys and speaks regularly on issues surrounding long term care planning with a focus on special needs trusts.  In 2013, Attorney LaPointe was named a Rising Star in Boston Magazine’s annual SuperLawyers issue.  Attorney LaPointe lives in Jamaica Plain and in her free time, she volunteers for Community Servings, delivering meals to individuals and families in Boston who suffer from life-threatening illnesses.” 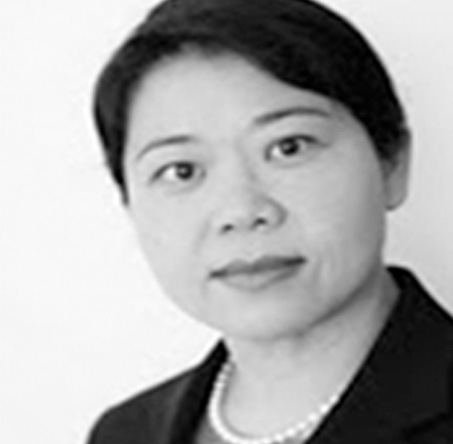 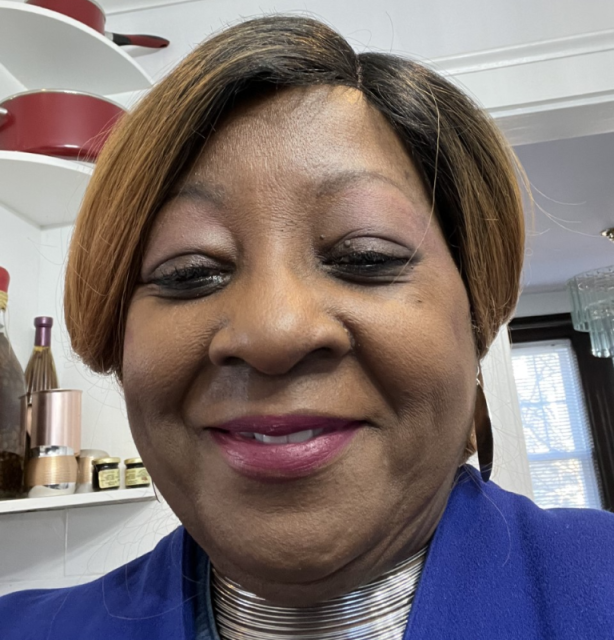